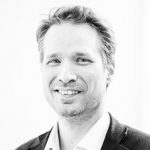 Dr Iiro P. Jääskeläinen, Associate Professor of the Brain and Mind Laboratory, Department of Neuroscience and Biomedical Engineering, Aalto University School of Science, Finland, one of the founding members of the 5 year aivoAALTO project, which started an extensive research program on Naturalistic Neurosciences, or Neurocinematics in Finland. Dr. Jääskeläinen obtained his Ph.D. in 1995 at the University of Helsinki in psychology under mentoring of Dr. Risto Näätänen, was after that a post-doc and a senior scientist in Dr. Näätänen’s laboratory 1995-1999 with research focus in elucidation of the neurotransmitter basis of EEG and MEG evoked responses, and clinical research into alcoholism, Alzheimers disease, and schizophrenia. After that Dr. Jääskeäinen moved to Massachusetts General Hospital / Harvard Medical School Athinoula A. Martinos Center for Biomedical Imaging to conduct basic research on human auditory cognition using combined fMRI, MEG and EEG with Dr. John W Belliveau, initially serving as a Research Fellow in 2000 and was promoted to Instructor position in 2001. Dr. Jääskeläinen moved back to Finland, to the Helsinki University of Technology, and served as an acting Professor of Cognitive Science and Technology 2003 – 2007, and subsequently as a senior scientist, using fMRI, MEG and EEG to study human auditory cognition, and recently using movies as naturalistic stimuli during neuroimaging to study perception, emotional processes and social cognition. In the beginning of 2010, Helsinki University of Technology merged with two smaller universities to become the Aalto University.