My presentation “Hybrid intelligence – applications in virtual medical training” was part of the Enactive virtuality Lab’s efforts to implement the gained scientific findings and innovations of the XR field to serve the societal wellbeing and to find solutions for challenges in the domain of healthcare and medical training. 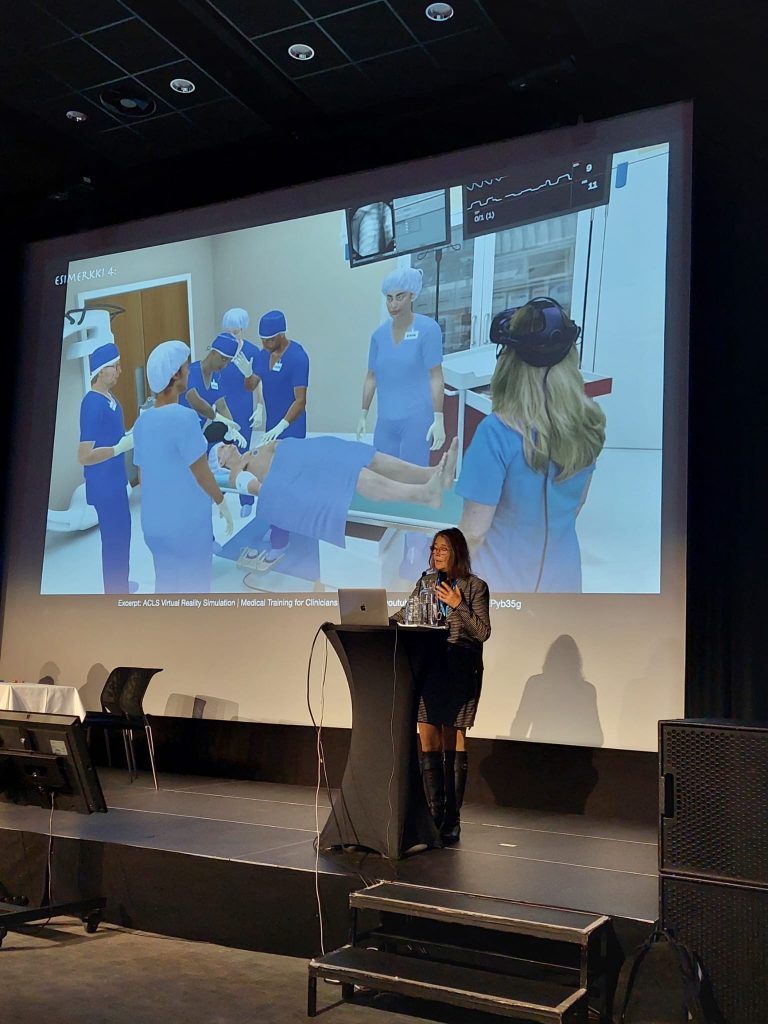 The Clarion Hall was filled with medical experts and healthcare workers, the  professional audience that elicits my greatest respect and admiration. Thank you for serving us — everyday. 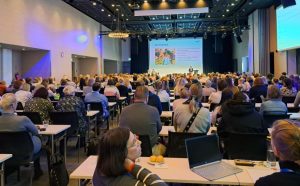 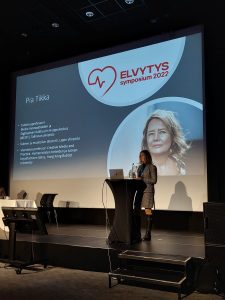 Tallinn University and Ülemiste City signed a cooperation agreement on 12 October to confirm the interest of both parties in jointly promoting innovative education and supporting talents. The signing was preceded by a discussion about what knowledge, talents, and technologies the education system will need in the future. (…) At the heart of the memorandum between Ülemiste City and Tallinn University is the promise not to lose sight of the human being in an ever-technological world and to look for ways to support talents and their development.

In order to sign the memorandum, the founder of Ülemiste City and the long-time chairman of the board of Mainor, Ülo Pärnits, was ‘brought to life’ as an avatar created by Pia Tikka, the lead researcher of the Enactive Virtuality Lab of the Baltic Film, Media and Arts School of Tallinn University, and Ats Kurvet, a computer graphics specialist. It is a tribute to his influential work.

The work on Ülo Pärnits avatar was coordinated by Ermo Säks/ BFM.

An article about the whole event can be read in Estonian here: https://www.ulemistecity.ee/uudised-teated/tallinna-ulikool-ja-ulemiste-city-asuvad-koostoos-tulevikuharidust-edendama/ and in English here: https://www.ulemistecity.ee/en/news-messages/tallinna-ulikool-ja-ulemiste-city-asuvad-koostoos-tulevikuharidust-edendama/ 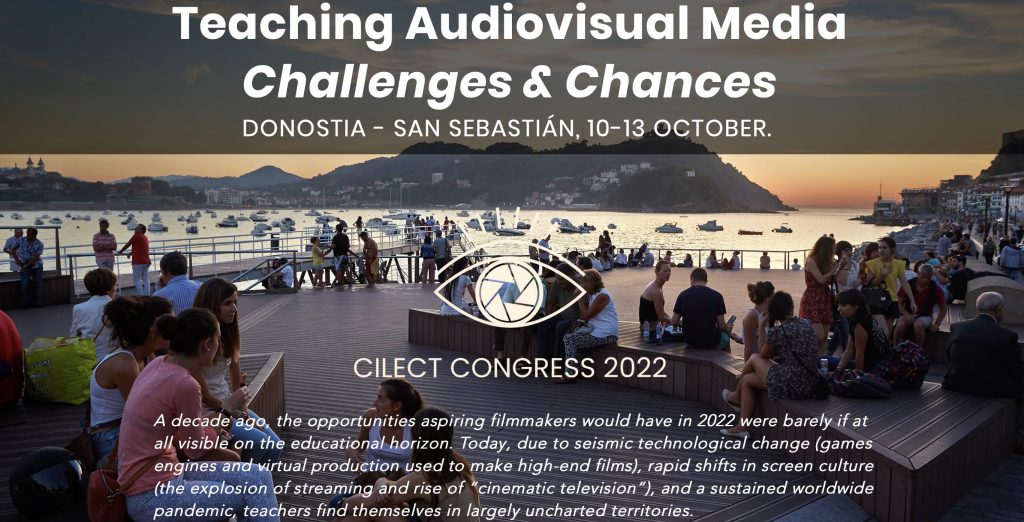 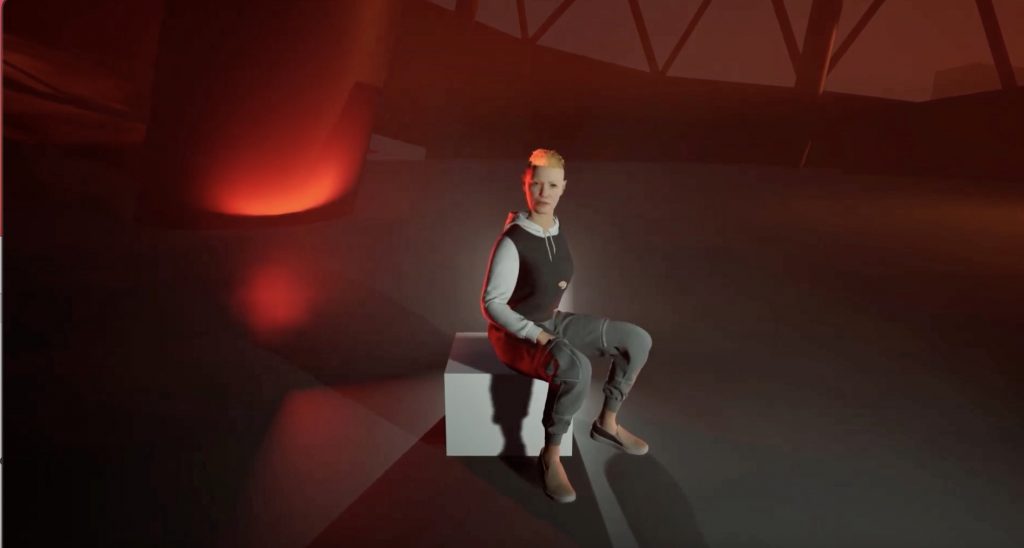 The scope of technologies available to filmmakers is expanding and apparently opening new avenues of storytelling. My focus is on the application of new findings in the fields of psychophysiological tracking and machine learning in order to create virtual characters, whose behavior resembles that of humans in the most natural ways.

In this talk I will share some recent updates in this fast developing domain and discuss their possible applications to the co-presence of human participants and humanlike virtual characters in narrative contexts. This  implies a range of multidisciplinary challenges. The core research question is what types of roles can the filmmaker give to machine learning and psycho-physiological tracking in the process of creating humanlike behaviors in narrative settings. The discussion draws from the holistic embodied approach to the mind,  which in my view provides useful explanatory frames for my claims. The talk aims to inspire discussions related to the use of adaptive artificial characters in the future of virtual storytelling.
Speakers
www.cilectcongress2022.com

During the week in Paris we worked on analysis of the interviews of participants and the analysis of collected data, as well as the structure of the joint paper (in preparation). In this project we measure eye-movements, heart rate and skin conductance as indicators of dynamically changing mental states of the viewers, and the collected data is correlated with the annotations of the individual eye-tracking data layered on top of the performance video recording. Furthermore, these are related with the in person interview material collected by Cazin.

We are excited to collect new data with François BOUFFARD and colleagues at the Nantes Univ, Halle 6 – Pôle Universitaire interdisciplinaire des cultures numériques, in early December. 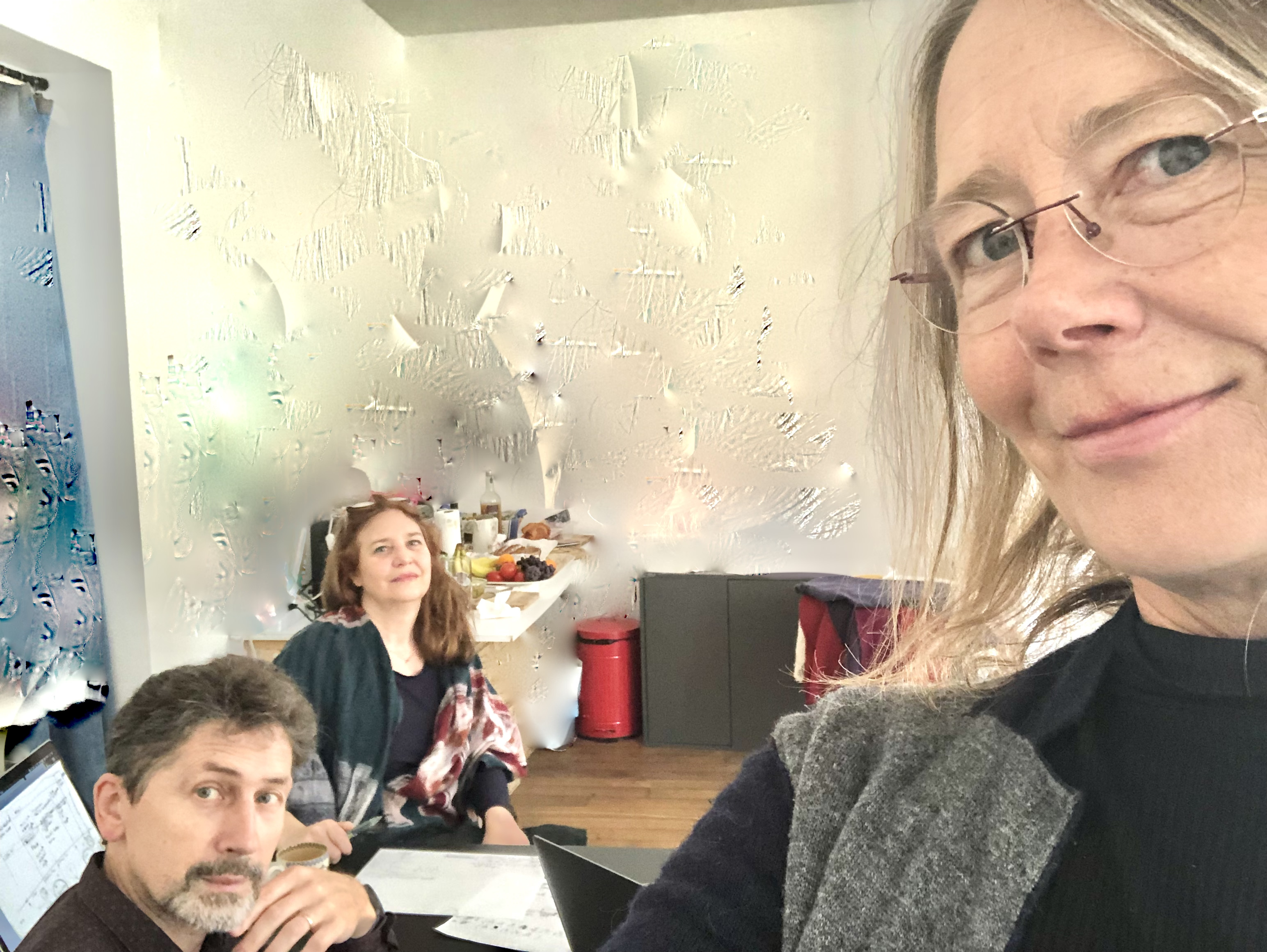 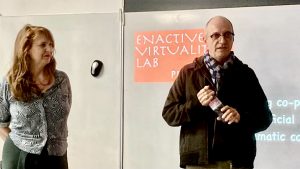 On the 6.10. Pia Tikka, Mati Mõttus and Marie Cazin did a three hour seminar with presentations of on our MOBTT90 research invited by prof. Jean-Marie Dallet at the École des arts de la Sorbonne, UNIVERSITÉ PARIS 1 PANTHÉON-SORBONNE.