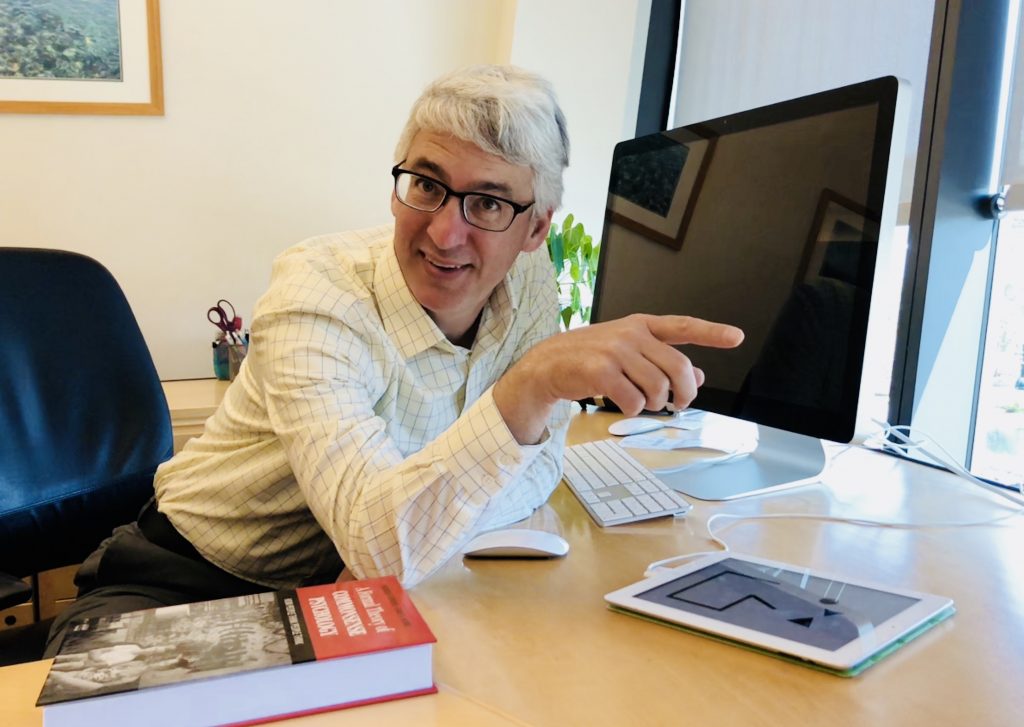 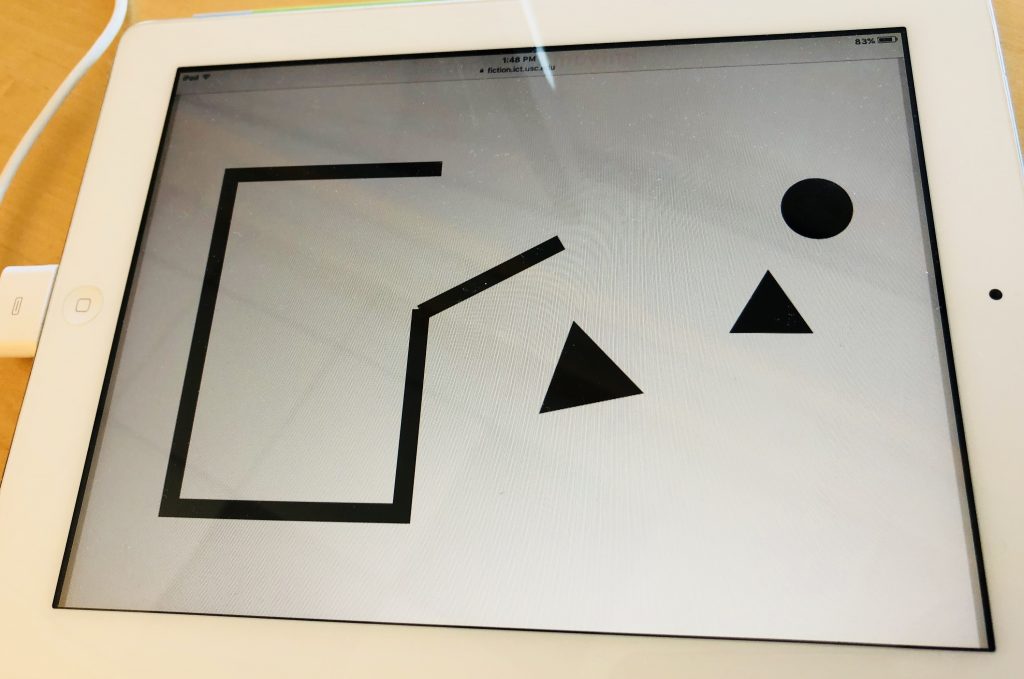 Andrew Gordon  leads the Narrative Group at the University of Southern California Institute for Creative Technologies where his research is devoted to getting computers to be able to read and generate stories and to use the knowledge in stories in order to become more intelligent. He is also a professor in the USC Department of Computer Science. His project involves reimagining a 70-year-old social science experiment for the digital age.

In 1944, Fritz Heider and Marianne Simmel created a simple animated film depicting the motion of two triangles and a circle as they moved in and around a box that alternated between being opened or closed. Heider and Simmel asked people to describe what they saw. Now a classic work in the field of social psychology, the subjects responded with creative narratives that ascribed human-like goals, plans, beliefs, and emotions to the moving objects. Popular themes included romantic relationships and prison breaks. See also an article by professors of psychology Fritz Heider and Marianne Simmel: “An Experimental Study of Apparent Behavior,” American Journal of Psychology 57.2 (April 1944): 243-59.