I will introduce my concept of enactive virtuality, associated with the idea of narratives as fundamental constructs of human mind. Inspired by the approach to enactive mind by Fransisco Varela and colleagues, the concept of enactive virtuality describes the experiencing mind as a dynamical system of body, brain, and the world. The epistemic triangulation is suggested as a means of translating the concept to practice.

While audiovisual narratives have been shown to elicit very similar physiological responses in different viewers, however, individual life experiences define how the story is interpreted by each. The approach of triadic epistemology, a combination of methods from arts, social sciences, and psychophysiology allows generating integrated knowledge about how different viewers experience particular narratives. The method builds on the fundamentally pragmatist idea that no two domains of knowledge are enough to explain each other, but a third is always required to provide the interpretative angle. Therefore, understanding narrative content needs to be analyzed not only based on subjective reports of the viewers, because that is not anchored to any overall understanding, but they also need to be related to a neurophysiological repertoire of experiences. Similarly, being able to describe the neural activity data collected during the viewing of a film, it is not enough to relate it only to subjective reports of the viewers, but the observations also need to be interpreted to conventions of narrative dramaturgy and filmmaking. A selection of cases are described to clarify the concept of enactive virtuality and the proposed triadic method. 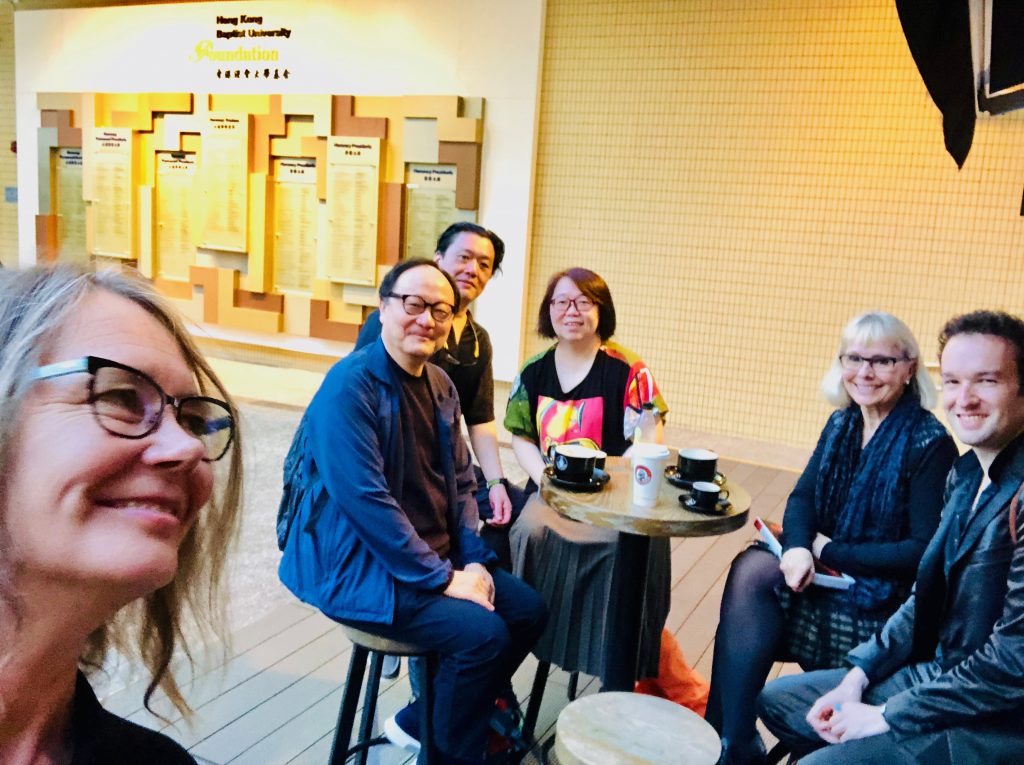 And a great aftermath of the Talk at the HKBU campus Cafe with Roger Carcia, Chianly Sze, Samantha Goh, Mette Hjort, and Eugene Birman.