Hosted by Immersive Science, KTH Royal Institute of Technology and KTH R1 Reaktorhallen
The 4th edition of VR_Sci + Art festival will be cyber-physical and will cover different social aspects of today’s reality, where people are more than ever disconnected due to the global pandemic.
How to communicate and be connected during the time of isolation?
How technology can help us to stay connected despite any crises?
How can we create meaningful scientific and artistic projects without being able to be close to each other?
All these and many other questions we will try to answer during VR_Sci + Art Fest by inviting experts, creators and makers.
The panel “UX & XR: everyday digital experiences” by Tieto_Evry x MEETinVR was streamed live on Facebook.
The panel recording here for those who missed the live show:
https://www.facebook.com/watch/live/?v=635687667336618&ref=watch_permalink

We would like to inform you that in consultation with the Local Organising Committee, the ECREA Executive Board has approved new dates for the 8th European Communication Conference: 6-9 September 2021. The conference was scheduled for 2-5 October 2020 but we had to make the uneasy decision to postpone. The different timelines and strategies of gradual withdrawal of pandemic prevention measures adopted by individual European countries have made it impossible to organise the event according to our standards of academic quality and hospitality.

We are looking forward to seeing you in Braga from the 6 to 9 September 2021.

The submission: ECC20-1152 title Addressing loneliness by means of enacted co-presence in XR  has been accepted to the 8th European Communication Conference to be held in Braga, Portugal, October 2-5, 2020.

Conference cancelled due to cover-19.

Pia Tikka:
Luria-Eisenstein experiment of embodiment re-enacted in virtual reality
This talk discusses the practical revival of the psychological experiment that Alexander Luria and Sergei Eisenstein conducted a century ago into a virtual reality (VR) setup. The experiment, that applied hypnosis to subjects in order to study the linkage between sensorimotor behavior and mental states, was rediscovered by Julia Vassilieva in 201#.
The talk has several goals:
(1) To highlight the parachronic nature of theoretical discoveries: As proposed in my Enactive Cinema: Simulatorium Eisensteinense (2008, 42), theoretical ideas have the tendency to re-emerge anew in cycles, adapted to the current context again and again. Even today’s embodied mind approach has its roots deep in the theoretical ideas of historical practitioners in arts and sciences, such as Luria and Eisenstein.
(2) To address significant paradigmatic overlaps: The re-enacted experiment allows identifying common grounds between the psychoanalytical ideas as it was conceived of as in the Luria-Eisenstein experiment and the neuro-phenomenological approach introduced by Francisco Varela in 1996. Furthermore, it allows relating Raymond Bellour’s idea of the hypnotic nature of cinematic experience (2009) to the experience of immersion in virtual reality settings, as also discussed recently by Marie-Laure Cazin (unpublished thesis 2020).
(3) To reconfigure the practical set-up of the Luria-Eisenstein experiment by means of VR with a focus on comparing the methodologies of producing immersive experience in their time and today.
In sum, following the original protocol reported by Luria and Eisenstein, the re-enacted experiment extrapolates the theoretical ideas of Eisenstein-Luria collaboration onto the 21st century art-science context.

The presentation on “Narrative Sense-Making – A Neurocinematic Approach” was part of a Creative Media and Practice Cluster Event, 7 November, 2019, at Shaw Tower, HKBU campus.

Presentation at the seminar on the topic of “Triadic Epistemology of Narrative Experience” as a part of the “Arts Does Method” Series, 24 October, 2019, in Oen Hall Building (Main), Ho Sin Hang Campus.

(1) Neural and Psychological Models of Affect and (2) Technological and Biological Bodies in Dialogue: Multidisciplinary Perspectives on Multisensory Embodied Emotion and Cognition. 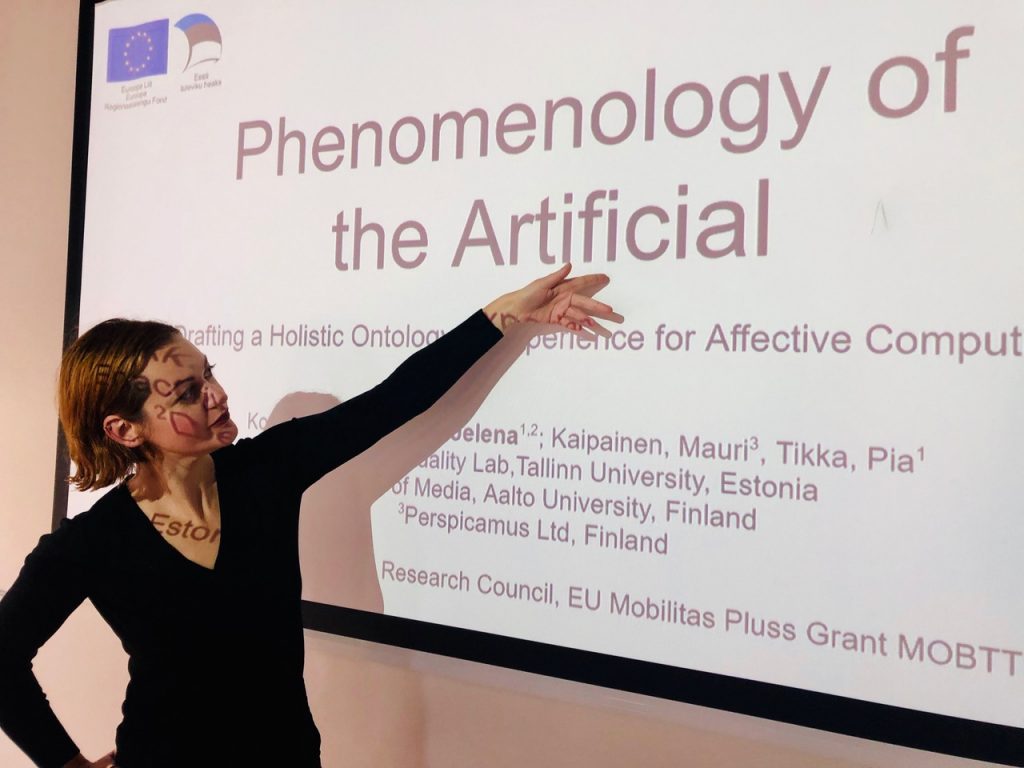 Image: Jelena Rosic in action during an TLU ‘s internal pre-presentation of the  ACII conference talk “Phenomenology of the Artificial” by Kosunen,  Rosic, Kaipainen and Tikka, 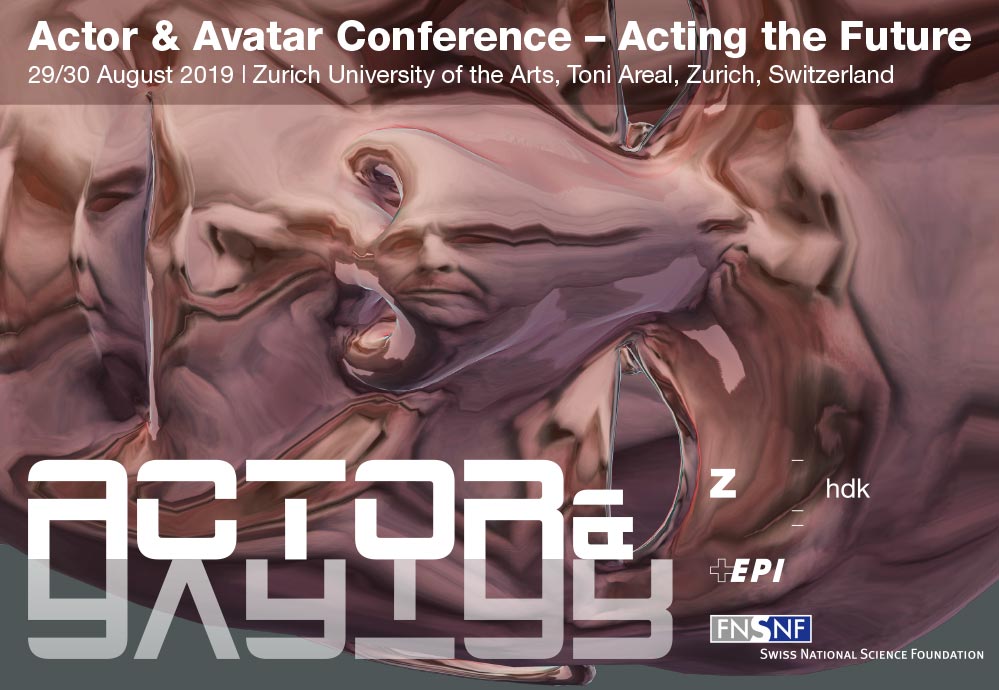 An invited keynote at the two day conference “Actor and Avatar” organised by Professor Anton Rey, IPF, ZHdK August 29th and 30th 2019 at the Toni Areal, Zurich University of the Arts (ZHdK). The “Actor and Avatar”  project explores aspects of actor performances particularly aimed to provide facial expressiveness for a virtual character (avatar) and is funded by the Swiss National Science Foundation.

The VR Installation The State of Darkness previously exhibited in the Science Gallery, Dublin (Dec 2018) and in the 360 degrees (Prague 2019) will be presented at the conference. In addition, Enactive Virtuality Lab’s team member Victor Pardinho will run a Master’s Class for ZHdK students and staff.

The keynote by Pia Tikka 29th of August will address a range of topics related to the actors and humanlike virtual characters in the collaborative setting as described under the image. 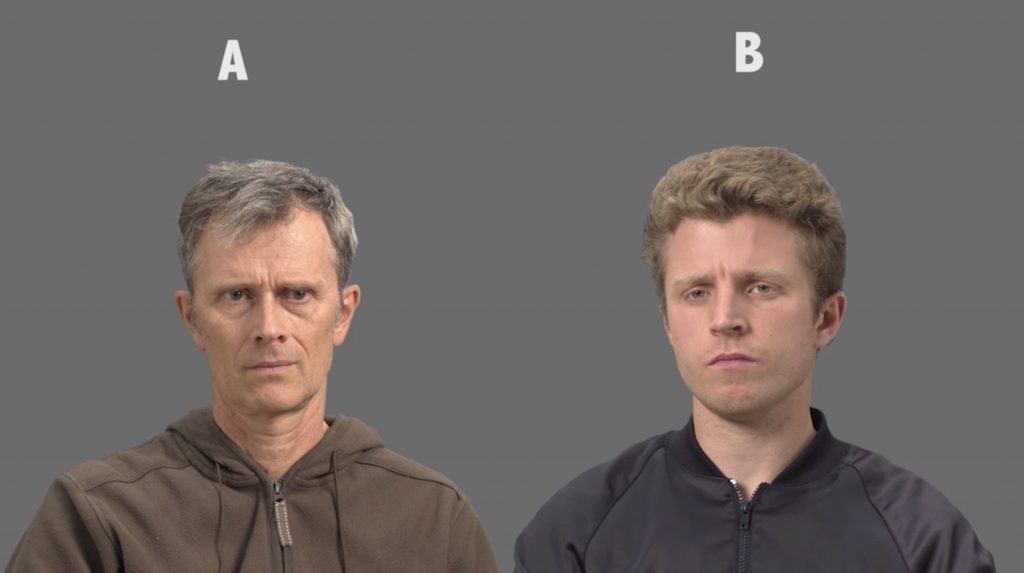 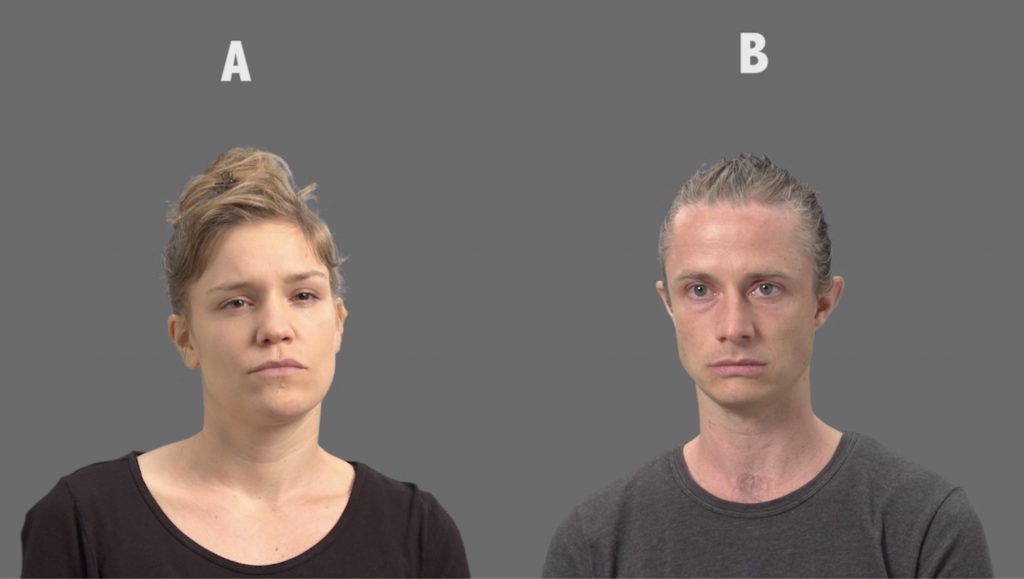 Images: Two examples of the recordings of a dyadic realtime setting where the two actors are seated in front of a Green Screen in the ZHdK IPF Film studio looking at each other through a display in front of them directly connected to the camera in front of the other actor. The other actor takes the role of an asylum seeker’s interviewer (I), while the other actor plays the role of an asylum seeker (AS). Both are listening to the dramatised background story of the latter while engaged in evaluation of each others emotional state within the dramatised context. The performances are applied to humanlike virtual characters in the project Booth developed at the Enactive Virtuality Lab. Actors (upper row) Dr. Gunter Lösel [AS] and Tim Woody Haake [I]; (row below) Corinne Soland [I] and Samuel Braun [AS]. Images©IPF courtesy of Dr. Rey and Miriam Loertscher from ZHdK research group. 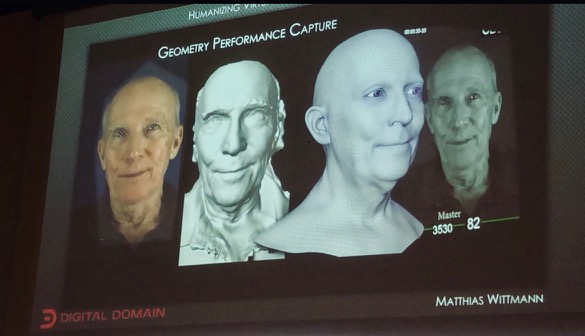 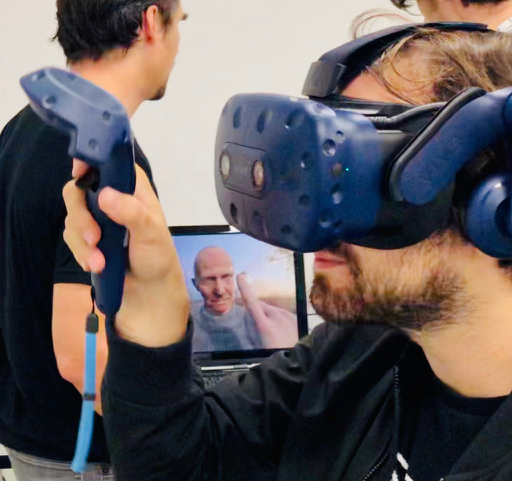 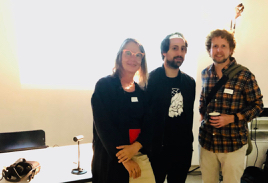 Industry engagement: Derek Bradley, Walt Disney Research Studio Zürich was one of the enactive experienters of facing Adam B in the State of Darkness. Here with Pia Tikka and Victor Pardinho (Sense of Space, Finland).

VR installation The State of Darkness exhibited at the ZHdK Sept 28–30. 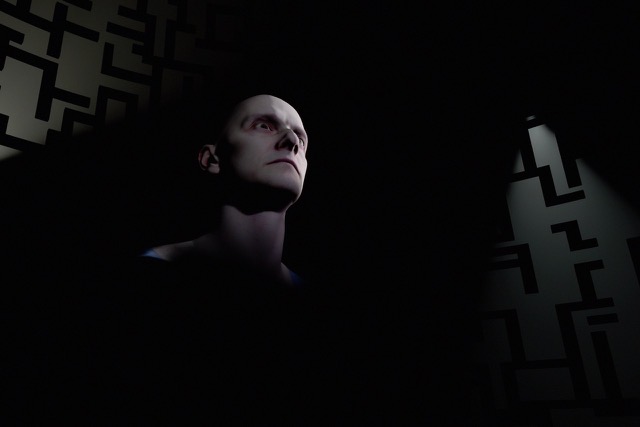 Master’s Class by Victor Pardinho at the ZHdK September 28,2019

Volumetric intelligence: A framework for the creation of interactive volumetric captured characters. 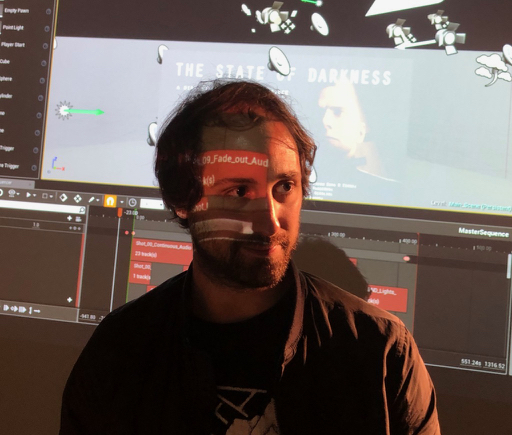 In this workshop, the author will introduce a framework for virtual characters based on the volumetric scanning of real actors and 3D real-time engines. Participants will have an opportunity to check the system used at “The State of Darkness”, a biosensor driven VR art installation where human and non-human narratives coexist. The structure of the meeting is flexible and can be adjusted accordingly to the participant’s interests. We will discuss topics such as 3D asset workflows, real-time engines, volumetric capture and the design and production of XR experiences.